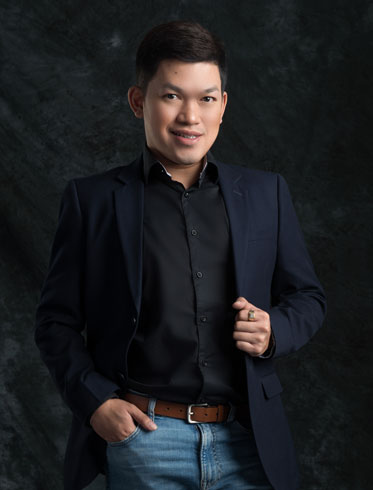 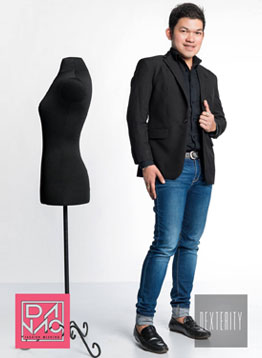 What started out as a plain pastime of collecting cutouts from old newspapers and magazines when he was young helped Kenny Andrade Ladaga evolve into one of the respected local designers, carving his own name in the local and international fashion scene.

“I started drawing and making sketches since I was in grade school. I spent my weekends cutting out sketches from fashion magazine and newspapers. During that time, I already knew I wanted to pursue my passion and to be a fashion designer,” he said.

He joined Sagala Gown Competition 2012 in SM City Davao and won as Grand Winner for Best Filipiniana Gown, he then joined in Moda Mindanao 2012, and was hailed as the winner for an Ethnic Gown Competition.

Because of his achievements in the local fashion competition, work proposals started to come in until he decided to put up his own business: Kenny Ladaga Couture in Davao City.

Ladaga’s designs have been featured locally and internationally. He has showcased his designs in New York and Canada, among others. His collections with striking elegance have gotten the interest of his clients to trust him to design their gowns during special occasions. His fusion inspired aesthetic is unique and offers originality, thus allowing the collection to stand out distinctively.

What stood out the most in his creations is the twist he did where he gives the local fabrics found in Mindanao a modern twist, honoring his Mindanao an roots.

Would you like to speak with me? Just submit your contact details and I’ll be in touch shortly. You can also email me and I'll answer you ASAP.

Would you like to speak with me? Just submit your contact details and I’ll be in touch shortly. You can also email me and I'll answer you ASAP.